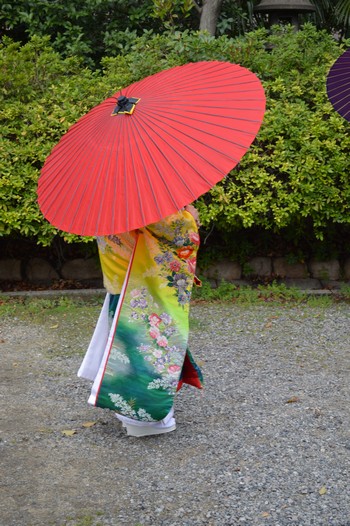 Early Spring marked the advent of travel to the far-flung post of the Silk Road, Japan. A wonderful friend, Alix Divine, invited me to join a small group from The Metropolitan Museum of Art in New York, specialising in Asian art. My immediate interest was, of course, the Six Old Kilns of Japan; Bizen, Tamba, Shigaraki, Seto, Echizen and Tokoname; of which we were to visit two.

Bizen ware is known as some of the oldest pottery in Japan and began with the production of earthenware vessels during the Kofun Period (300 AD). The primary characteristics of Bizen ware are that it is burnt for many days, unglazed, while the ashes of pine wood fly throughout the kiln causing ‘gomma’ or ‘sesame seed’ marks. Rice straw, wrapped around or resting on the pots, determines the colour and appearance of the body and produces a bright and attractive rust marking.

Whether you are familiar with Bizen or not, I highly recommend a visit to the Bizen Pottery Traditional and Contemporary Art Museum, prior to your kiln visit in order to fully understand the complex variations in the firing techniques.

The pots were fired in tunnel kilns that were built half submerged in the ground and many potters came together to fire communally at the great 30 to 50 metre long kilns. One cannot help thinking of the sheer scale of these firings and the massive kilns; the size of which would consume our own garden, along with the chickens and asparagus! These communal kilns produced until the end of the Edo period (1603 – 1868). The potters were protected and Bizen ware was found throughout Japan and was particularly prized for the tea ceremony.

The highlight of our visit was meeting the 17th generation of Bizen potters who were kind enough to show us their kilns, beautiful stacks of pinewood for firings and their exquisitely organised studios; a lesson in ergonomics for us all. 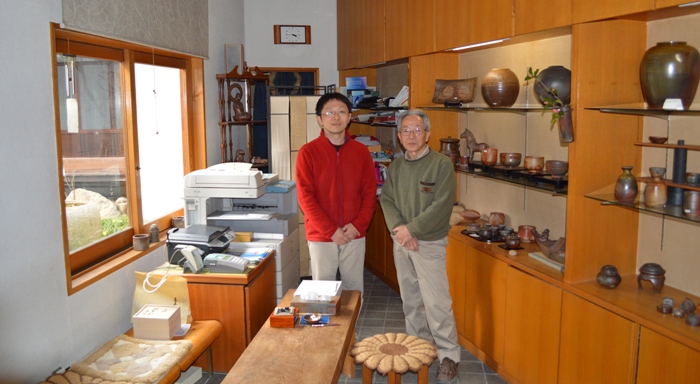 Whilst fashionable tastes wax and wane for these unglazed, natural pots, one phrase from the museum returns to my mind and that is: “The beauty of Bizen pottery is born from the becoming one of nature and man”. Having travelled so far, as a porcelain potter, that one phrase illuminated the point of Bizen ware. It satisfies a yearning in man to be at one with the earth and nature and one can only respect that.
Further East and near Kyoto, Shigaraki presented a wealth of dragon kilns, climbing up the hillside with numerous chambers and a full firing taking place; apparently for several weeks under constant supervision. So I left Japan in awe of their ceramics, meticulous cloud pruning, curatorship of historical material and had also experienced some culinary peaks.

Inspired on my return, I set about developing a new and subtle glaze, which would allow the texts to be appreciated without distraction. I was full of intrepidation when I opened the kiln as I had mixed the batch late at night and found I was short of quartz. I ran the firing anyway. It was still slightly warm when I opened the kiln and the light was warm and golden as the studio faces East. The glaze had worked. I was transported back to a happy afternoon in Damascus, being introduced to fine pastries stuffed with ‘Kashta’, a type of delicious clotted cream flavoured with rose or orange water. So, this glaze is for Anissa Helou, the Culinary Queen who was responsible for that happy day. If you would like the recipe and firing details, I would be more than happy to share my luck with you.

If you would like to read more about Japanese ceramics, you can visit

With thanks also to Dr Nicole Rousmaniere, Professor of Japanese Art and Culture at the University of East Anglia.